Owen MacNutt started Box Lunch in 1977 with the simple idea of a return to the basics. At a time when fast food was becoming the norm he changed the expected to the unexpected: The first BOX LUNCH Restaurant opened as a seasonal business during the traditional school summer break over 40 years ago. Who knew what would await them! Their beginnings were humble, with growing community support as people “discovered” them. They became increasingly successful as customers became “fans” who then became promoters.

When the business proved successful in its first year, Owen gave the BOX LUNCH his undivided attention. From that time on, he and Kathy devoted their time and focus to the business, together overseeing the Wellfleet location until Kathy completely took over “that end of the building.” Owen managed the franchising, assisted in the opening of new locations and market tested new “Rollwiches”. Owen passed away in February 2016, well loved by all those who knew him. His character and personality brought life and vitality to all around him.

In Owen’s own words…

“Kathy and I wish for you the same pleasure we have derived from nurturing an idea into a successful venture. It is hard work; it is all-consuming at times. Usually fun, it is always an adventure.” 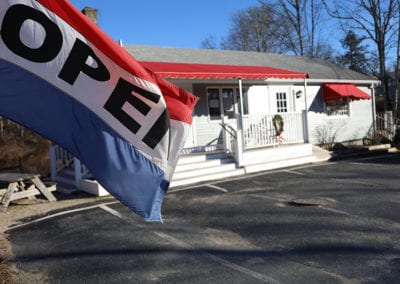